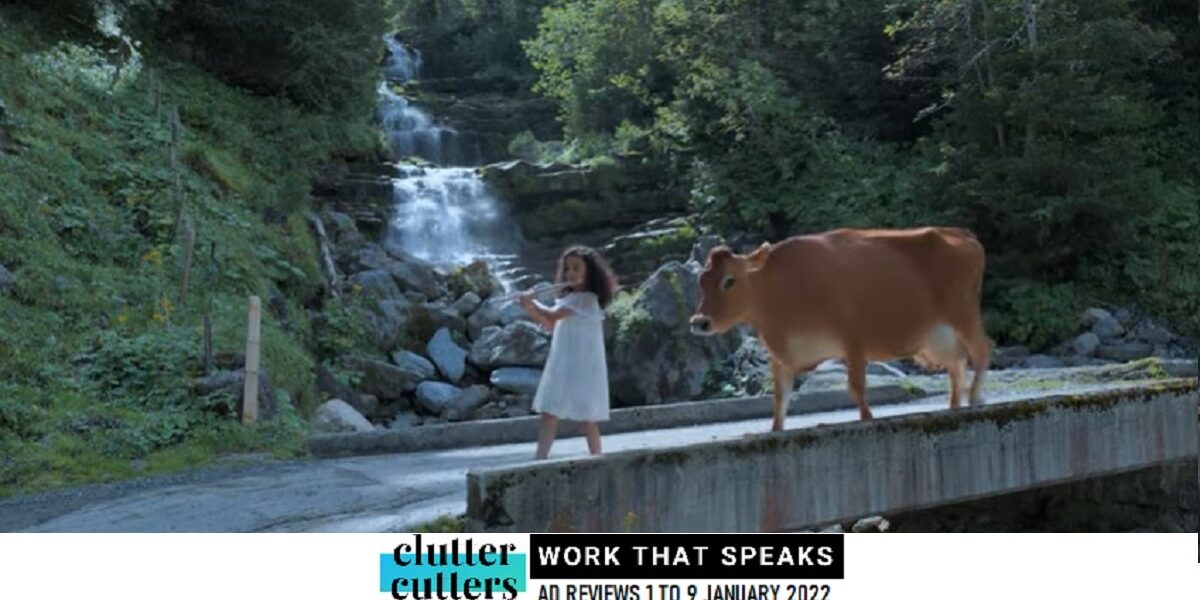 Hatsun Curd | Made From Nature

Audiences outside of Tamil Nadu, the headquarters of Hatsun Agro Products, may not have seen the company’s films from yesteryears. But for those who have grown up with the brand Arokya, the signature soundtrack rings in a reiteration of the group identity. Hatsun Curd stands out and stands tall by making this ‘Natural’ statement without actually saying it in as many words. Watching this is the equivalent of taking off to be in the arms of nature somewhere far from the din of the city.

‘Breakfast Se Badhkar’ created a solid base to build on and the brand seems to be doing just that. In this instance, it is driving home the short time it takes to make the breakfast. And it does so beautifully on top of ‘Breakfast Se Badhkar’ by pointing to the invaluable time that the meal saves the mother, which she can give her children. The little girl dancing her way into viewers’ hearts takes the message along.

How do you make a category like camphor interesting? Well if you have a sub-brand called Bhimseni, this is certainly a great way to go about it. The little ones keep the viewer interested through the film. The message at the end conveys the product promise succinctly.

The lip sync may be a little off in the regional language edits but the superhits flowing one after the other and the dance moves of the delighted young ladies are quite watchable in all three languages. At the core of the product is the curated playlist that allows for effortless lean-back consumption. Isn’t that what the good old radio used to deliver? Nevertheless, the message is delivered.

We’ve seen this approach of ‘dad as superhero’ before but you have to appreciate this for being done reasonably well. Interesting scenarios lead up to the ‘Suraksha zyada, saath nibhane ka vaada’ promise. And of course, ‘4x better’ on some parameter had to be there somewhere.

It’s nice to see the brand attempt something different from what it has done while persisting with celebrities. The ‘New Year Resolutions’ film packs a nice punch at the end in the form of the brand’s promise. The actor and plot are very real and relatable. Besides the couple of films with Deepika Padukone, the brand also turned to influencers for social media content.

“You are everything to your family,” has been conveyed powerfully here after a long-ish ‘experimental interview’. That said, it doesn’t feel as long as it actually is and you only get drawn into the film with time. The characters are real and that adds to the impact. Kudos to the Punjab Police for doing something different on an issue that’s very relevant. And to the agency for not just creating the work but as is often the case with such films, taking the initiative.

Paytm | Pay It Back, Give It Back

Smart work on what I am assuming is still a prevalent practice. For a online payments / wallet brand, it is spot on.

HealthifyMe | What’s Your Reason To Healthify?

The stories add to the believability of this campaign, starting with that of Sara Ali Khan. They also allow the brand to spell out the different specialised services on offer on the app. They’ve been strung together using Khan’s narration quite well. Just what the doctor ordered for the new year.

So Tata Tea continues with its localisation stories, this time in the Telugu speaking states of Andhra Pradesh and Telangana. ‘Solid’ is what ‘Ghanam’ translates into and that translates into the visuals on screen too.

If there was a need to reassure Ford owners in India that their service commitments will be met, this film does the job albeit in a slightly roundabout manner. The mom-birthday-old car spin lends warmth.

The thought of keeping emotions away from financial investing seems new. The plots are funny. One wonders if the characters who reveal more than they should are indeed the best manifestations of getting emotional. Yet this seems to do the job and it was perhaps a deliberate attempt to keep it light and breezy.

A cute little story forms the core of this content piece. One could say that this isn’t the best produced piece of content and even that the connect to entertainment (for loved ones) is a little tenuous. But if the pitch is for ‘Entertainment for the family’ this works rather well.