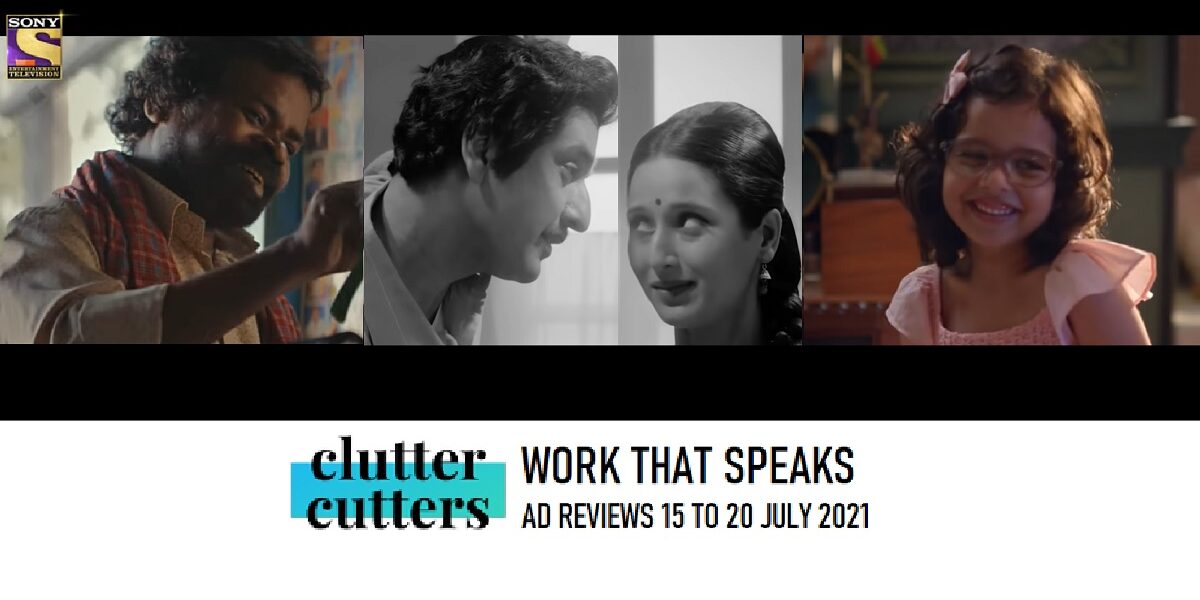 A clutter-breaking product gets the advertising it deserves. ICICI Bank takes us down memory lane in black and white while recreating a yesteryear romance. The films aptly end with the message that it doesn’t matter which generation one belongs to, to use the app. While making one smile, the work smartly dishes out the product advantages.

If there are two televised properties in India whose promotions one started looking up to, they must be those of the Indian Premier League and Kaun Banega Crorepati. Now the IPL may have slipped from that pedestal but KBC here has emerged even stronger in this edition – a feat that I think was near impossible. The device of episodic promos adds to the magic.

“Uska chehra dekha?” What an exchange. What an idea. Is there something one would not do to see that joy on a child’s face? Indeed the most precious of life’s little big moments, brought to life on screen, not surprisingly, by Tanishq.

“It’s not where we’re from and what we’ve done. It’s about where we’re going and who we’re going with.” Armed with this progressive statement coming from a legacy engineering brand, this work is warm and shines with its humility. The focus is on the partners with whom the corporate wants to wade into a sustainable future, even as it establishes its humble roots and rise therefrom.

The Olympic Games are here and so are the sponsors. It’s lovely to see an online sports platform (through its foundation) partner the Indian contingent and cheer them on. Taking its cue from reality, the film doesn’t shy away from underlining that we don’t know our Olympic athletes well enough. The spin on that leads to saying that if only we did, we’d all become their fans. The execution does justice to the thought, and also the stature of the athletes and the Games.

Staying invested in mutual funds finds a nice parallel in the many challenges that Covid19 threw at us, challenging our ability to stay invested in ourselves. From the teacher to the doctor to the white collar worker and more, we have all had reasons to lose hope. The ones who stayed invested, reap the rewards. The analogy works to reiterate in context a message that the category has been reiterating persistently.

The brand has been around for 25 years, and it’s a good occasion to revisit the rides of childhood. That’s precisely what the lady does, on the brand that’s still taking her places. A pleasant and breezy ride coupled with the joys of childhood memories do the job.

Now is there something extraordinary in this anthem or the other videos that are part of this #JeetKaPadak campaign? It ticks a few boxes to hygiene levels and does the job of getting the audience enthused about the Indian contingent at the Olympics. It’s also coming from a PSU, which therefore deserves some extra appreciation. While PSUs have, for long, employed and supported Indian athletes, they haven’t churned out anthems like many other brands have. It’s about time.

Family Equality | Love, Lawyers And The Government | Where Do Babies Come From?
July 29, 2021