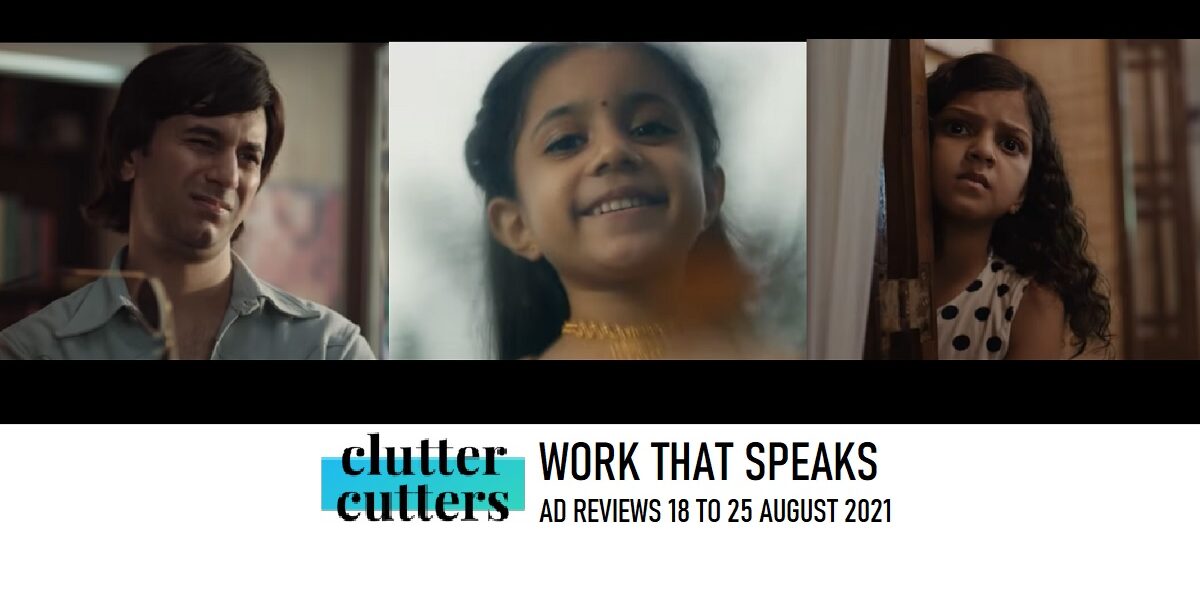 You don’t have to understand a word of Malayalam to get lost in the beautiful world of these kids, fuelled by the soothing soundtrack. The magic of film has been deployed with telling effect to capture the beauty of Kerala, saluting the festive spirit of Onam.

One could argue that the Onam work does not have the emotional appeal of the earlier films. But Facebook delivers a standout film for yet another festival, after wowing us for Diwali and Ramzan. Going regional for Onam, the brand manages to stay as the driver of the plot. Using longer form video  consistently is helping the brand create its own school of storytelling.

The film takes the region-specific Tata Tea juggernaut to Kerala, again. But this time, it’s with Onam. The festival in itself is unique to the people of Kerala. The brand has added the layer of the Covid cloud and chosen to celebrate the irrepressible spirit with which Malayalis are celebrating the festival. In the end, the brand joins the celebrations, without seeming imposing or intrusive.

You don’t usually expect this kind of work for Independence Day. Chronicling the changes that have happened since independence and zeroing in on the one habit that hasn’t changed in Indians – that of bargaining – is a great idea. The execution and soundtrack elevate the film. The brand uses the idea to further its consistent messaging urging support for small traders.

CaratLane | Give The Best Gifts Ever

A spread of designs to choose from; ones that will wow your loved one. That’s one takeaway. The other is that the brand offers a free home trial. These are conveyed interestingly through the lighthearted struggle of a man choosing gifts for his wife, before his friend recommends CaratLane.

The series of four simple spots take the humour route to get the message across. The insight rings true because self-assessment and second guessing doesn’t help. Cloaked in the humour, by mentioning tumour and stroke and their ilk, the campaign also tells us that it could be something serious. So when in doubt, seek professional consultation. Enter Tata Health.

A very simple hijack of the Onam festival using the sights and sounds associated with it, pitching Cars24 as the ‘Onam Bumper’, works. The approach allows the brand to stand out amongst predictable Onam campaigns. The ambassador with the megaphones should make people think about Cars24 in the festive season.

So here we have rapper Raftaar in cruise mode. Very smartly played by Ola Electric. The lyrics take a dig at those rushing on mean machines and pushes the Ola S1’s cruise mode feature. The soundtrack syncs perfectly.

So the IPL is coming back for the remaining 31 matches of the 2021 edition. Announcing its return in a filmy avatar is MS Dhoni, a far cry from the monk who featured in the promos at the start of the season. Perhaps this had its roots in #AsliPictureAbhiBaakiHai. Both the line and the picturisation fit the bill.

Is this a campaign that is going to rock award juries? I don’t think so. But is this a real issue addressed earnestly? Absolutely. The idea is solid, the execution decent. The film with Boman Irani makes up in part for the lack of people on screen in the lead film. The facts tell the story and message is clearly articulated in #ReplyDontReject.